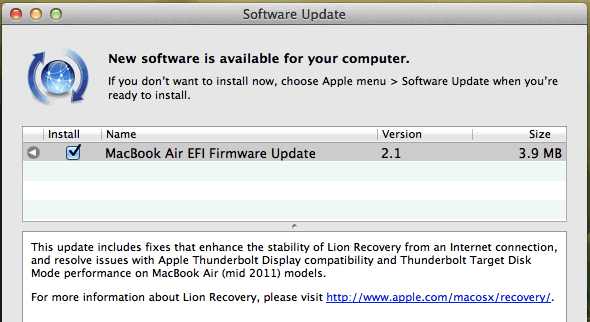 If you own a mid-2011 MacBook Air you might want to hit the update button. Apple has just released an EFI firmware update which solves a couple of issues mainly dealing with Thunderbolt compatibility. The other issue deals with Lion Recovery from an internet connection.

To update, connect your mid-2011 MBA to a power source, click on the Apple logo in the top left corner and then “Software Update…”, then follow the dialogue boxes.
END_OF_DOCUMENT_TOKEN_TO_BE_REPLACED