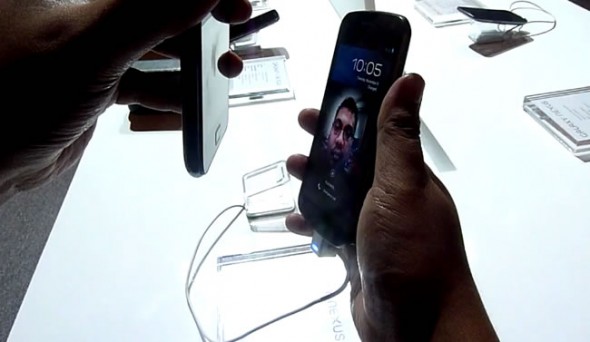 If are familiar with the new features of Android 4.0 Ice Cream Sandwich, you’ll probably know that now there is a new way of unlocking a device using its front-facing camera, and well, your face.

So, the question posed was whether the new Face unlock feature could be fooled by a photo, rather than the real thing. Unsurprisingly it can. Those of you that have used the Visidon AppLock Android app already know that it’s possible since the technology only relies in recognizing features. A more advanced implementation could wait for you to blink first, but that’s not the case with Face unlock, yet.

If you have sensitive information on your device, and someone can get to it and your photo, then just don’t use Face unlock. We would see this feature only being used by people who don’t bother to have a passcode/unlock pattern anyway, and well, this is just for putting anyone that wants your data to go through a couple of hoops first, and of course for showing off to your friends.

In any case you needn’t worry about which unlock option you’ll use with your Android 4.0 device yet, unless you’re planning to grab a Galaxy Nexus, once it’s finally released this month — hopefully.

Video of the escapade is after the break.
END_OF_DOCUMENT_TOKEN_TO_BE_REPLACED