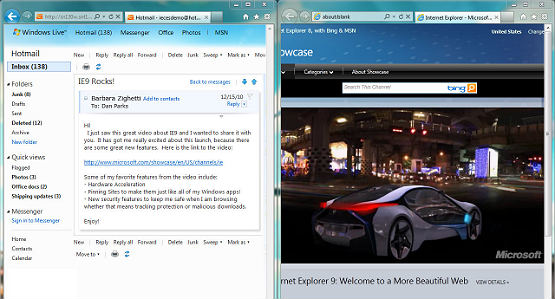 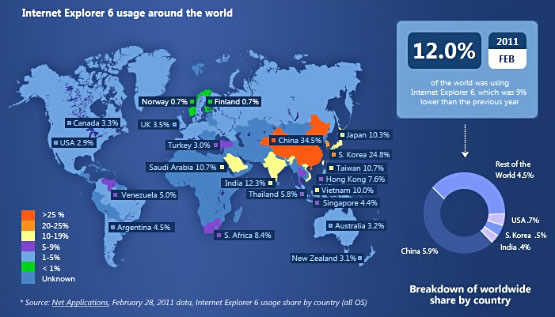 Surprisingly, and according to Microsoft, 12% of online users are still using IE6 almost 10 years later. This has led Microsoft to start a campaign to rid the world from the archaic browser and has begun a countdown with the goal to drop its usage to below 1%. Beyond posing a security risk to those using IE6, it also keeps pressure on web developers to go out of their way to make websites work with the beaten and broken old browser.
END_OF_DOCUMENT_TOKEN_TO_BE_REPLACED