We’ve seen support for GLONASS increasing since the Russian satellite system was completed in October 2011, but here is a quick intro first. GLONASS is a radio-based satellite navigation system and the Russian equivalent to the US developed GPS. The first GLONASS satellites were launched during Soviet times but the system has had a bumpy ride since then. Following a number of upgrades it can now rival GPS – because of the positioning of its satellites, GLONASS is more accurate than GPS in northern latitudes.
END_OF_DOCUMENT_TOKEN_TO_BE_REPLACED 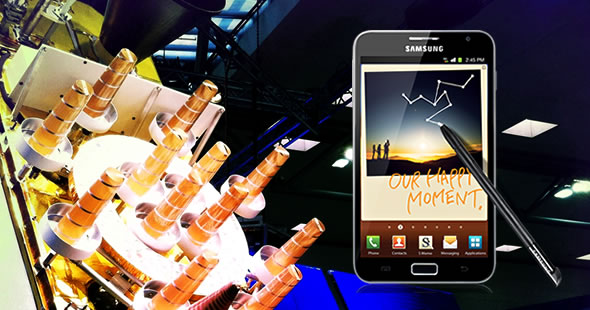 Now, the specifications for the Galaxy Note mention “A-GPS, Glonass”, so there is good possibility that Samsung can enable the device to use both, for better positioning. Well, we shall see soon, when the Note finally lands later this year.
END_OF_DOCUMENT_TOKEN_TO_BE_REPLACED