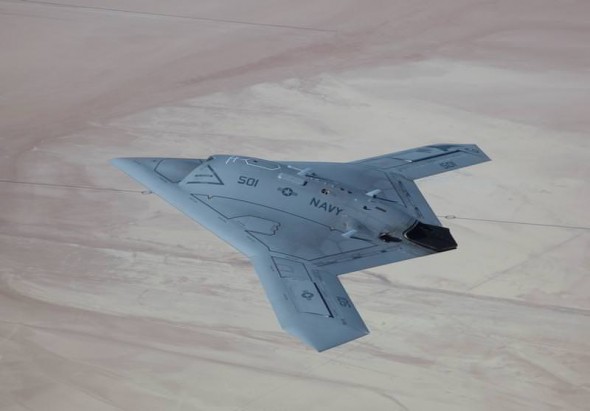 The X-47B is a demonstration unmanned combat air vehicle (UCAV) (or combat drone), which had its first test flight in 2011. It’s being developed by Northrop Grumman for the US Navy under a project aiming to develop a carrier-based stealth unmanned aircraft. The X-47B has a full weapons bay with a potential payload of 4,500 pounds, though it doesn’t carry any weapons currently. The unmanned aircraft is not flown by remote control but rather flies on a pre-programmed mission using its on-board computer — yeah it’s a great idea to give them brains. Here’s what Northrop Grumman had to say:
END_OF_DOCUMENT_TOKEN_TO_BE_REPLACED