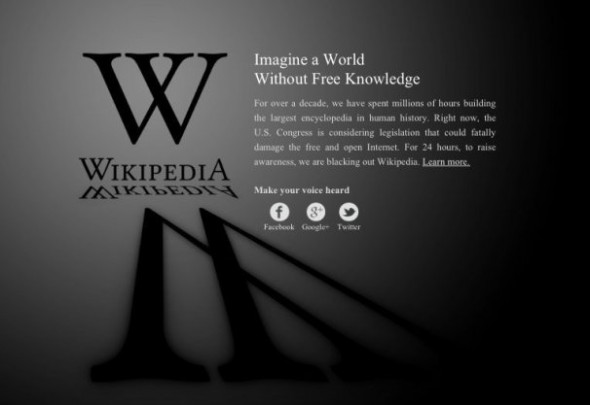 If you’ve tried accessing the English version of Wikipedia today on any computer, you’ll be greeted with the above. Wikipedia and a bunch of other websites have decided to black-out their webpages in protest against two very controversial bills, SOPA and PIPA. In short the “Stop Online Piracy Act” and “Protect IP Act”, while aiming to stop piracy from foreign web sites will destroy online freedom of speech. Whatever your background might be, we urge you to read and learn more on the proposed bills.

In the meantime many of you might need urgent access to the wealth of information contained within the Wikipedia website. Well there are a number of simple ways you can go about this until the end of the 24 hour blackout at midnight January 19th Eastern Time.
END_OF_DOCUMENT_TOKEN_TO_BE_REPLACED