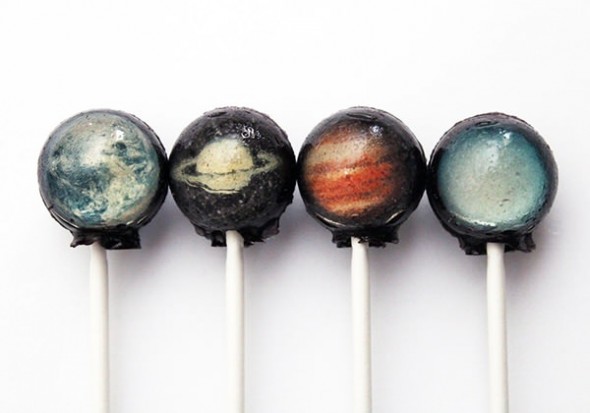 We have to admit that we never thought planets looked particularly tasty, but this series of lollipops is here to prove otherwise.

Over at Etsy you can grab a bunch of ten hard candy lollipops with images of the Sun, Mercury, Venus, good-old Earth, Mars, Jupiter, Saturn, Uranus, Neptune and even that poor demoted dwarf planet Pluto.

If that wasn’t enough, the back of the lollipops is black with silver edible glitter to simulate stars. 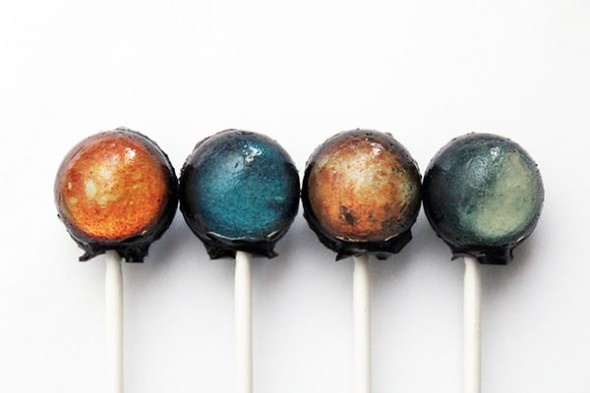 They are all pretty cool looking, and sound mighty yummy in either cotton candy or strawberry flavors, though a differently shaped Saturn that would accommodate its rings would have been even better.

The whole solar system in lollipops will set you back a measly $17.50 but they’ve proved so popular that you’ll have to wait until December. Better put your order in early for that space-loving person in your heart.