We have to foreword our report by saying that it’s mere speculation based on information we’ve received. What we’ve been hearing from a couple of European retail sources, is that the current Panasonic GH2 has come to an end-of-life (EOL) and brick-and-mortar stock has dried up in anticipation of a successor.

The Panasonic GH2 Micro Four Thirds (MFT) mirrorless interchangeable lens camera (MILC) was announced in September 2010 at Photokina in Germany. It’s Panasonic’s higher-end MFT shooter with a 16.05-megapixel sensor, built-in EVF, advanced manual controls, articulated touchscreen and amazing video capabilities. In fact it has become an incredible creative tool for aspiring videographers. We’ve covered how the GH2 has been hacked into recording video at an insane 176Mbps and 12,800 ISO.

Though there were hopes for one, there was no successor to the GH2 in 2011; Panasonic debunked any rumors in September. However, the company also indicated, through the mouth of Ichiro Kitao, the head of Panasonic’s camera division, that the GH line had become their flagship and that they would certainly be looking for a 2012 refresh.
END_OF_DOCUMENT_TOKEN_TO_BE_REPLACED 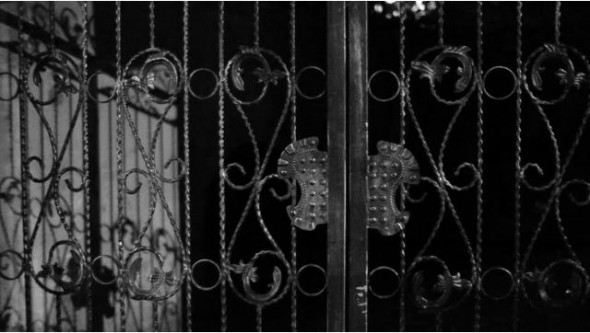 We’ve already covered how the Panasonic GH2 had been unlocked, using a custom firmware, and could now record video at an amazing 176Mbps. The latest version of the hack now removes the ISO 3,200 limit when recording video, so that you can push the camera to record up to ISO 12,800. Now, one would think that video at such high ISO would be rife with noise and completely unusable.

Well, it turns out that, although noise is there, it’s not as bad, and the hack allows the GH2 to become an amazing low-light shooter. This is especially true when shooting video in B&W where the noise just looks like film grain. It’s pretty mind-blowing that you can shoot such video with a sub-$1000 digital camera. You can find details on how to apply the firmware in by following this link.

Two videos showing off the GH2’s high-ISO low-light B&W video capabilities await for you after the break.
END_OF_DOCUMENT_TOKEN_TO_BE_REPLACED 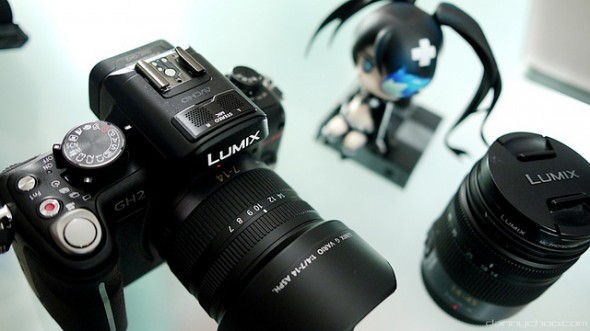 Panasonic designed the GH2 Micro Four Thirds camera to also shoot great video and the digital camera has received a warm embrace by the amateur video community. Out of the box the GH2 can shoot full HD 1080i video at the maximum AVCHD bitrate of 24 Mbit/s (Mbps).

Leave it to the hacking community to achieve what even Panasonic’s engineers would not have though possible. Not too long ago the GH2 received the hacking treatment with a custom firmware courtesy of user ‘Vitaliy’ which unlocked the GH2 to new possibilities. Well, testers have been pushing the envelope since then and a recent contribution by user ‘Driftwood’ has pushed the GH2 to record video at a whopping 176Mbps in a format titled AVCHD Intra.

What’s incredible is that the GH2 can actually manage such a high bitrate, this is by far the highest for any mirrorless or DSLR camera out there. You can catch two videos recorded at this setting after break, showing off the amazing picture quality.
END_OF_DOCUMENT_TOKEN_TO_BE_REPLACED