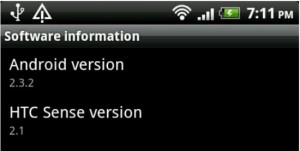 Nexus One and Nexus S owners are not the only ones getting some Gingerbread love. A leaked ROM has emerged for the HTC Desire HD which updates the device to Android Gingerbread (2.3.2) and also includes HTC’s proprietary Sense.

Be warned however that this is not a final release and it’s also not for the faint hearted. So if you can’t wait to try Gingerbread with HTC Sense on your Desire HD and don’t mind fighting a few bugs or risking your device’s health hit the two links below. Note that we would recommend the pre-rooted version over the stock ROM which would make things simpler.