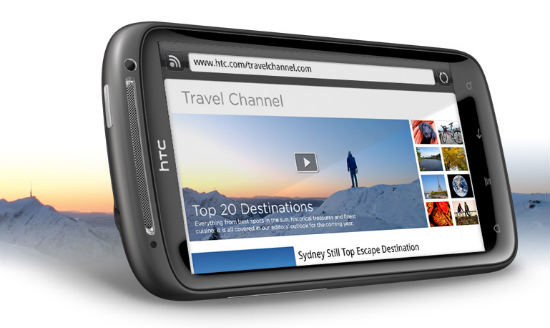 HTC has just detailed out the process for unlocking the bootloaders on its devices via its Facebook page. Unfortunately the company has also taken a step back from its initial unannouncement a few months back that it will stop locking bootloaders on future devices.

To unlock a phone the owner must register for an account through a web tool (coming later this month) and apparently waive liability if anything goes wrong as a result of having an unlocked phone. We are not sure here whether you lose your complete warranty, though it would make sense that although you can screw-up the software and/or brick the phone, hardware should still be covered — announcement says “may void all or parts of your warranty”.

Next step involves using the Android SDK on a computer with the device connected to get a “device identifier token” which you then use in the web tool to receive your unlocking key via email.

The HTC Sensation (global version) will be the first to receive an update, which will enable the unlocking process later this month, followed by the HTC Sensation on T-Mobile and the HTC EVO 3D.

HTC goes on saying that:

Because unlocking the bootloader provides extensive control over the device and modifications may cause operation, security and experience issues, new devices will continue to ship locked but will support user-initiated unlocking using a new Web-based tool.

So it seems that they’ve decided in the end not to ship phones unlocked. It’s a shame to see a company backtrack on its promise for openness while we’re also not fans of having a company monitor whether we unlock a phone or not. But it does serve as a reminder that you can mess up your device if you don’t know what you are doing.

Since our last update, many of you have asked how the bootloader unlocking process will actually work, and in particular why HTC’s most recently released devices still have a locked bootloader. Rest assured we’re making progress toward our goal to roll out the first software updates in August to support unlocking for the global HTC Sensation, followed soon by the HTC Sensation 4G on T-Mobile and the HTC EVO 3D on Sprint. Because unlocking the bootloader provides extensive control over the device and modifications may cause operation, security and experience issues, new devices will continue to ship locked but will support user-initiated unlocking using a new Web-based tool.

So how will this work? The Web tool, which will launch this month, requires that you register an account with a valid e-mail address and accept legal disclaimers that unlocking may void all or parts of your warranty. Then plug in your phone to a computer with the Android SDK loaded to retrieve a device identifier token, which you can then enter into the Web tool to receive a unique unlock key via e-mail. Finally, apply the key to your device and unlocking will be initiated on your phone.

We’re excited to bring bootloader unlocking to developers and enthusiasts, and we feel this new Web tool will meet your needs and continue to provide customers with the best experience. Thanks to the community for supporting these efforts!