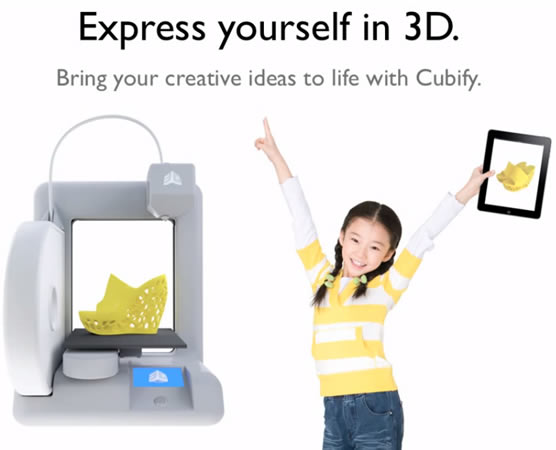 The whole world seems to be going 3D, oh wait, hasn’t it always been three-dimensional anyway? Oh well, back to our news story. I’m sure you are all used to the convenience of mundane 2D printing, but have you tried 3D printing yet? If 3D Systems has its way then we might all be putting our 3D creativity to the test.

3D printing is the process whereby you get to print you own computer generated 3D creations, like your own tacky ashtray lets say. Sounds like fun, right? The process of going about something like this at home has been at best cumbersome, even for extreme DYIers.

3D Systems is set to unveil a new service titled Cubify at CES 2012, which involves an online platform at cubify.com as well as a variety of applications that will allow you to easily create virtual 3D models of your ideas. The makers claim coloring book simplicity with cloud gaming excitement to deliver a vivid 3D create-and-make experience through a fully integrated, fluid interface. Cubify will allow your turn any mobile device, tablet or Kinect console into a digital canvas.

After you’ve finished putting the final touches to your creation you’ll be able to materialize it using an online 3D printing service or at home with the Cube 3D printer. No information on pricing for the Cube 3D printer or the Cubify service, though a beta of the service is set to be launched on January 10th.