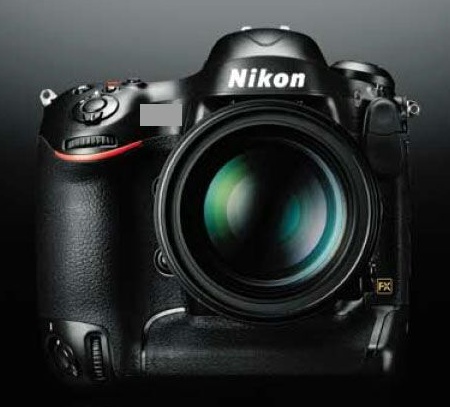 No need to speculate any further on Nikon’s new flagship full-frame DSLR, the D4. The successor to the D3 and the D3s, has just been leaked in a wire that was set to be released on January 10. The hotly anticipated D4 will be made available starting this February for a $6,000 suggest retail price. The latest full-frame camera by Nikon brings a host of new features and spec improvements over the previous models.

You get a new 16.2-megapixel full-format CMOS sensor capable of up to 10fps at full resolution and a native ISO range from 100 to 12,800 with improved low-light performance; though can be expanded to 50 and 204,800. You also get an improved 51-point autofocus system with 9 cross-type points, 91,000-pixel RGB metering sensor and the ability to shoot full HD 1080p30 and 1080p24 video with contrast detect AF and H.264 compression support.

The Nikon D4, will come with an 100 perfect field of view pentaprism viewfinder and illuminated function buttons. The camera will be one of the first to support the new XQD Compact Flash memory cards and also offers a secondary card slot for conventional CF cards. There are also other niceties like face detection and aperture control while shooting video.

Oh, if this wasn’t enough to get you hot and bothered then we’ll just add that the company also plans to introduce a new prime FX format lens, the Nikkor AF-S 85mm f/1.8G, which should retail for around $500.

Although the wire is dated for January 10th, Nikon has sent invites for a media event on January 6th in Hong Kong, so the D4 could be announced to the press at that time. What’s certain is that the Nikon D4 will take center stage in the company’s lineup for PMA @CES 2012 next week. 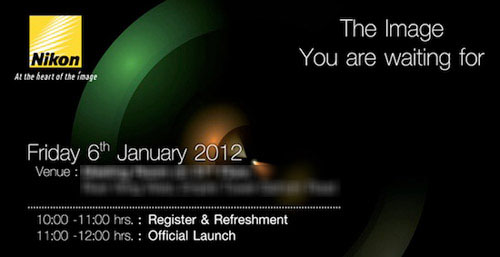