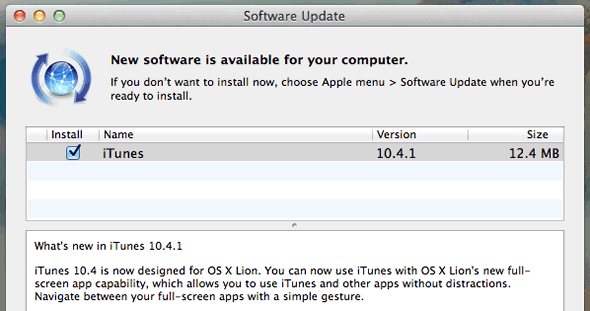 Apple has just issued an updated version of iTunes, 10.4.1 for Mac OS. The latest iTunes now works as a full-screen app in OS X Lion and you can swipe between it and your other desktops and apps. The update also brings a number of bug fixes including:

To get the update, click on the “Apple” logo and then “Software Update”.