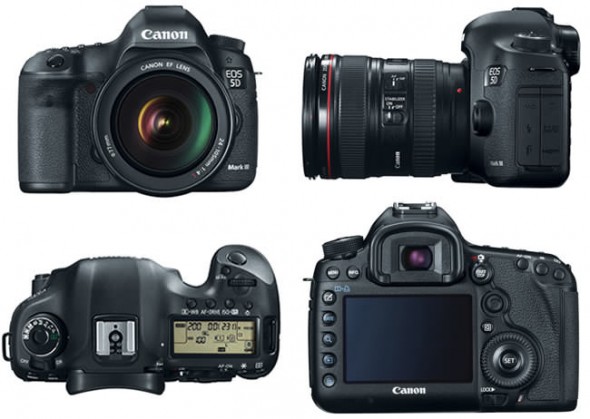 While we’ve already brought you the full specs of the EOS 5D Mark III before it was announced, Canon officially revealed the new full-frame DSLR early this morning. The EOS 5D Mark II allowed photographers to get their hands on a relatively affordable and lightweight full-frame camera, but after three years since its release it’s been showing its age.

The hotly anticipated successor is now a reality and Canon has brought a pretty solid feature list to the new camera. It’s got a new 22.3-megapixel full-frame CMOS sensor with DIGIC 5+ processing technology. The new camera has actually adopted some of the features of the flagship EOS-1D X, like its 61-point autofocus system with up to 41 cross-type points and the rear 3.2-inch 1,040,000 dot display.

The 5D Mark III can now shoot full resolution stills up to 6 frames per second. Canon is hoping the new faster continuous shooting over the 5D Mark II and improved weather resistance (you get a magnesium alloy body with dust and moisture resistance) will increase the 5D Mark III’s appeal to sports and wildlife photographers. The camera has an ISO 100 to 25,600 sensitivity range, which can be extended to ISO 50 for studio and landscape photography or up to 51,200 and 102,400. 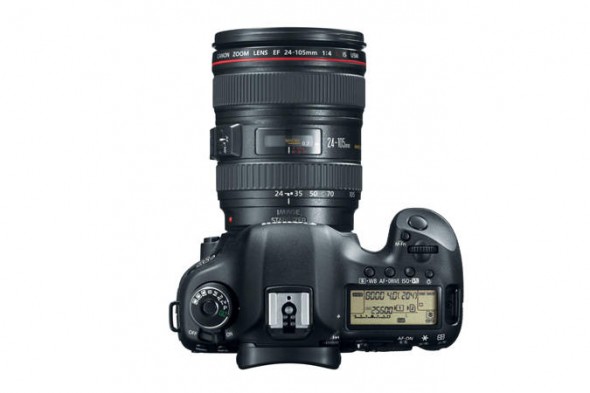 Another new focus point is video, with the Mark III capable of 1080p at 24, 25 and 30fps footage up to 30 minutes. Something videographers will love is the simple, but very useful, addition of a headphone jack for monitoring live audio, a first for any EOS camera.