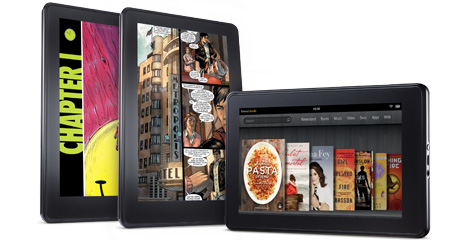 There is no camera, no microphone, no GPS, no Bluetooth and no card reader. The Kindle Fire only has a 3.5mm headphone jack, a charge port and a pair of stereo speakers. The back is rubberized, like the Nook Color and the Playbook.
END_OF_DOCUMENT_TOKEN_TO_BE_REPLACED

END_OF_DOCUMENT_TOKEN_TO_BE_REPLACED

So here is what we know:
END_OF_DOCUMENT_TOKEN_TO_BE_REPLACED