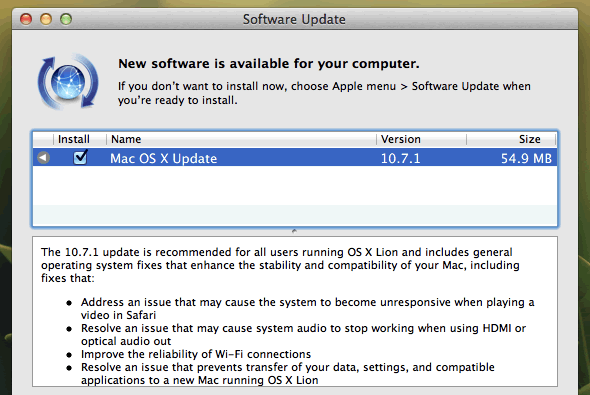 We can’t say this has come soon enough, Apple has just made available its first update to Mac OS X Lion, version 10.7.1. The update brings a number of bug fixes that should at least ease some of the frustration Lion users have been facing.

Some of fixes included in the update are to:

We’ve had our fair share of frustrations with Lion, namely regarding the reliability of Wi-Fi, especially when using a public shared connection, so join us in clicking the “Apple” icon and then ‘Software Update’.