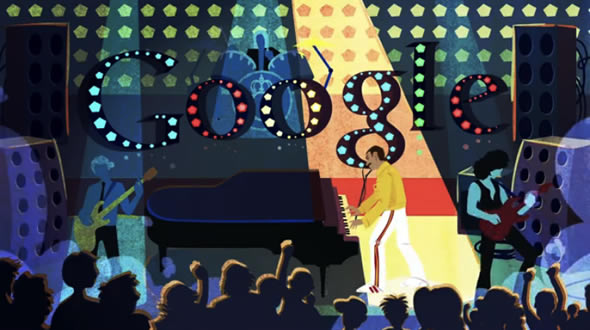 Freddie Mercury, 70-80’s rock idol and lead singer of the Queen, would have been 65 today. Despite dying young, at the age of 45, he left a rich legacy as a songwriter, with songs such as “Bohemian Rhapsody” and “We Are the Champions”; even greater however is his legacy as a live performer and entertainer.

Queen guitarist Brian May, wrote on Google’s official blog: Freddie would have been 65 this year, and even though physically he is not here, his presence seems more potent than ever. Freddie made the last person at the back of the furthest stand in a stadium feel that he was connected. He gave people proof that a man could achieve his dreams.

True to form, Google has designed an animated Doodle, which can be seen on its front search page today. We nominate it as the most entertaining Google Doodle yet. 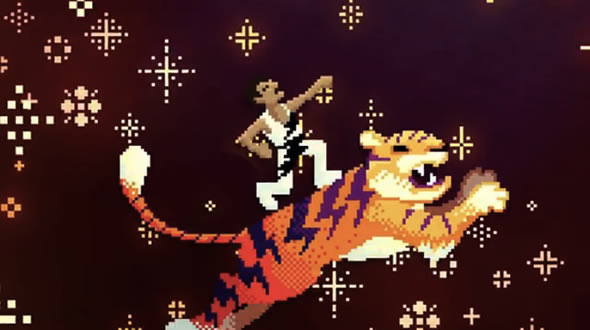 The animated doodle, which goes on for more than a minute and a half, shows Freddie singing “Don’t Stop Me Now” on stage, converting into an 8-bit game character, leaping into space and onto the back of a tiger, becoming a super-sonic racer/space-ship, defeating aliens and finally dropping into the rabbit-hole and back on stage.

So if you want to dig deep into some animated doodle awesomeness, turn-up your speakers or put on your earphones and head over to Google’s search page. People in the U.S. of A. anxiously seeking for their Freddie Mercury hit, should head over to Google UK.