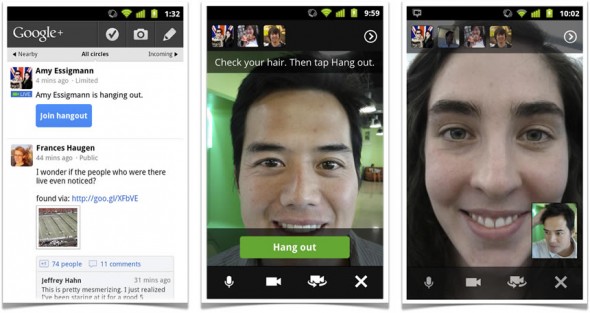 Google’s new social endeavor, Google+, has been around for 12 weeks now as a closed beta; that is you needed someone on the inside to send you an invite to join. Well Google just announced that registration is now open to everyone. This comes hot on the news that, after a very successful start, use of Google+ has been dwindling; so we are sure Google is hoping to gather steam for its platform.

In addition, Google is rolling out a series of new features for Google+ and the Google+ Android app. We are most excited about the addition of Hangouts for smartphones. Hangouts is a face-to-face video chat platform and will allow Android 2.3+ users to now make video calls using their phones (device must have a front facing camera to support the feature). Apple iOS support will also be coming soon, so iPhone and Android users can debate which OS is the best while seeing each others’ look of disapproval.