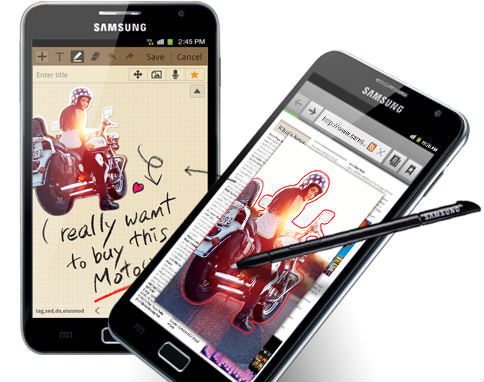 So far it’s been officially shipping with Android 2.3 Gingerbread with a promised Android 4.0 Ice Cream Sandwich update coming soon; though by the time it hits Verizon and Sprint it could already be running Android ICS out of the box. If you’d rather have another flavor of Android on the Note (or Galaxy Journal), bear in mind that you can easily root it and istall ClockworkMod recovery following our instructions here.