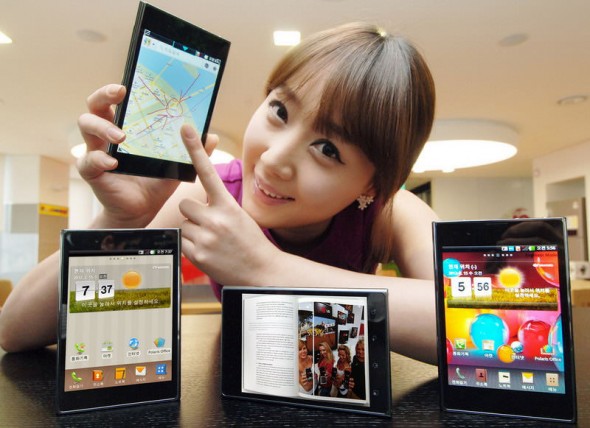 LG’s entrance in the phablet (phone/tablet) space is now official. The LG Optimus Vu has been announced today on the company’s Korean website. The stocky 5-inch device has a unique 4:3 aspect ratio with a 1024×768 display resolution. The Optimus Vu goes head-on against Samsung’s 5.3-inch 16:9 aspect ratio 1280×800 resolution Galaxy Note.

The Optimus Vu runs on a 1.5GHz dual-core Qualcomm SoC and has an 8-megapixel rear camera, 32GB of built-in storage and support for LTE connectivity. Similar to the Galaxy Nexus, it’s also boasting stylus support for taking notes, annotating images and documents and drawing. It will be running Android 2.3 Gingerbread on release in early March but LG is promising an Ice Cream Sandwich update within 3 months. 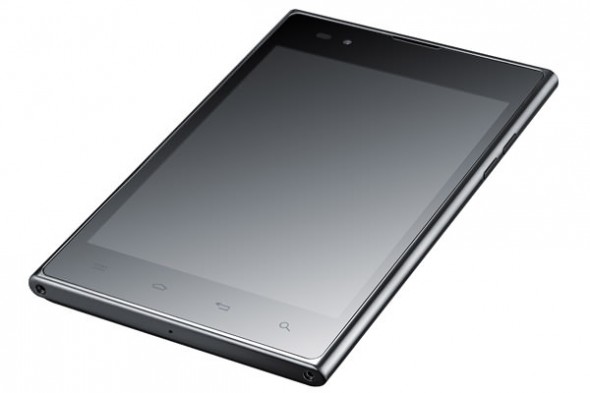 LG is marketing the Optimus Vu for its screen’s readability, with the 4:3 aspect ratio (the same as the iPad’s mind you) better matching that of textbooks and paper. The 5-inch screen is also a bright, 650 nits, IPS display panel.

The LG Optimus measures just 8.5mm thick (0.33 inches) and weighs 168g compared to 9.65mm (0.38 inches) and 178g for the Galaxy Note. However, it only comes with a 2,080 mAh battery while Samsung’s beast-phone sports a larger 2,500mAh battery. Below is photo, that surfaced earlier, showing the LG Optimus Vu on the left against the Samsung Galaxy Note on the right. 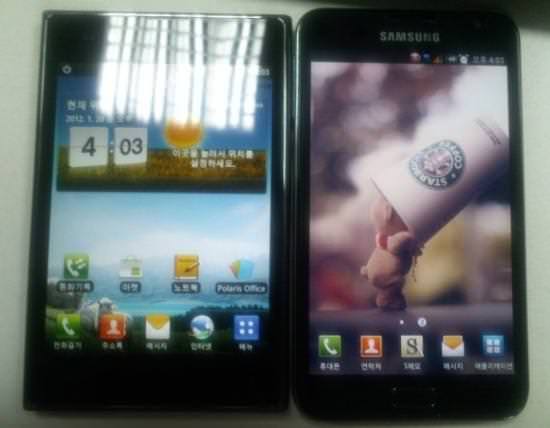 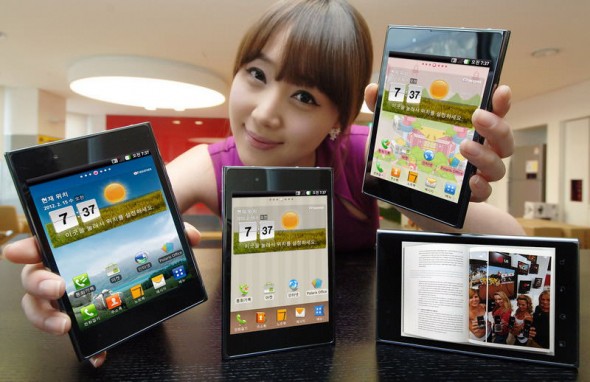