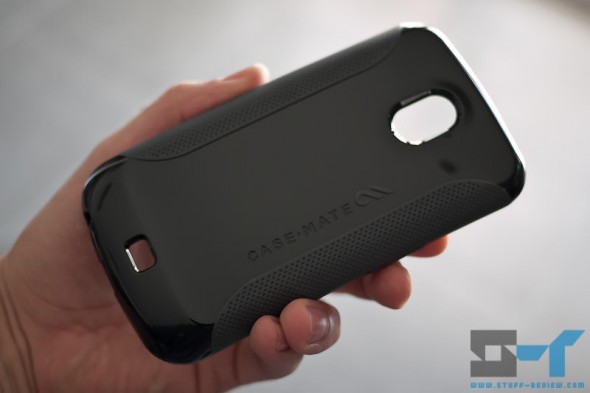 Case-Mate does one thing, it makes cases, the kind our devices need; especially costly devices with big glass fronts that we carry all day with us and might take a fall or two. The Samsung Galaxy Nexus smartphone is such a device and its slippery plastic body also doesn’t help at all — as you will find by reading our in-depth review right here.

We’ve already reviewed one case for the Galaxy Nexus, the OtterBox Defender, but we understand that it might be overkill for some as it adds significant bulk. This review will look at the Case-Mate POP!. It’s a one piece case that’s made of two materials, a shiny hard plastic and a soft rubber side grip. The rubber is grey but the shiny plastic comes in black, white and pink, creating a “pop”, see!

To fit the Galaxy Nexus in the case you simply have to slide it in and then work the soft rubber plastic around the front of the device. It just takes a few seconds and the fit is perfect. Note that the Galaxy Nexus with extended battery and back cover will fit just fine inside this case.

The rubber side provides a very nice soft and firm grip. In addition there are a couple of millimeters of the rubber covering the entire from rim of the Nexus. This protects the screen from scratches when it’s lying face down and would also provide some protection in case the smartphone drops and hits the ground glass-front first, this is how it would else suffer from a shattered glass screen. 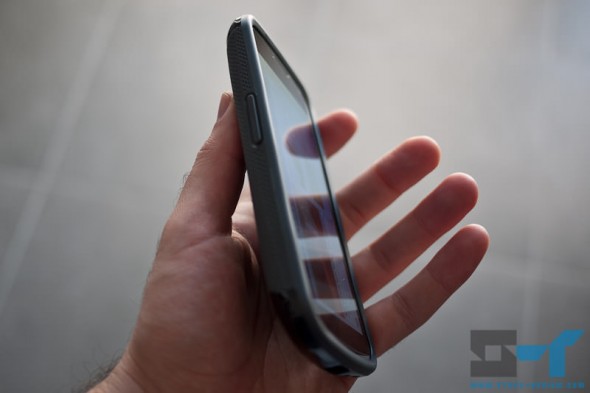 Case-Mate claims that the back plastic is impact resistant, we can only attest to that it’s pretty thick as demonstrated by our hand pressure crash test. Because of the thickness of the material the rear camera is also recessed, protecting it from impact and scratched. 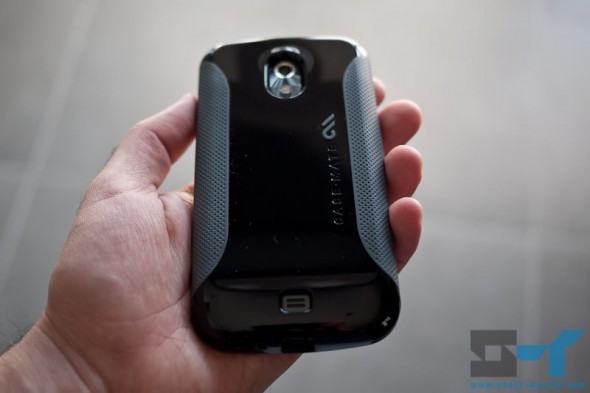 The Case-Mate POP! Is certainly one of the best looking cases out there. We also love that the company has engraved the inside of the case with a cute pattern.

The only issue with the design of the case is that because it’s shiny, it attracts scratches like a magnet. Thankfully it doesn’t attract lint though.

There are cutouts for the camera, speaker, microphone, micro-USB and headphones ports. In our early model Case-Mate forgot to include a hole for the noise-canceling microphone which would mess things up if you are trying to use the device in speakerphone mode. Our understanding is that the case has gone back to the drawing-board and Case-Mate will release version two with the omitted hole. There is no hole for the three pin connector though, but we would imagine because of the thickness of the plastic you wouldn’t be able to dock it anyway.

The volume button and power rocker are covered by the rubber material and response is great, unlike some other case we’ve tried.

The unfortunate with using a case is that you add bulk to your beautiful and skinny device. The Case-Mate Pop is not the skinniest case, but I think it provides a nice balance between protection and size. 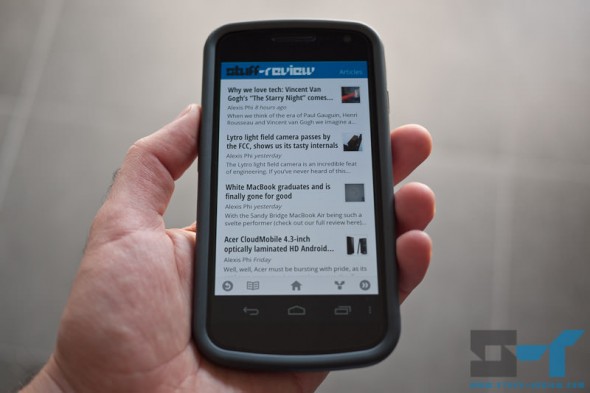 Case-Mate makes some of the best looking cases out there, the POP! is no exception. It does add a bit of bulk to the device but it hits a nice balance with protection. If it were thinner then it wouldn’t provide the same level of protection and the rim extending in front of the screen is imperative to protect against hard drops that would crack the screen. A nice bonus is that the case would fit a Nexus with the extended battery and cover.

Thankfully is doesn’t attract lint and dirt but the shiny plastic is a scratch magnet, though the scratches are only visible up close.

There are certainly thinner cases, like Case-Mate’s own Barely There, but it doesn’t offer the same level of assurance. It’s certainly up to you to decide which one fits your needs more adequately.