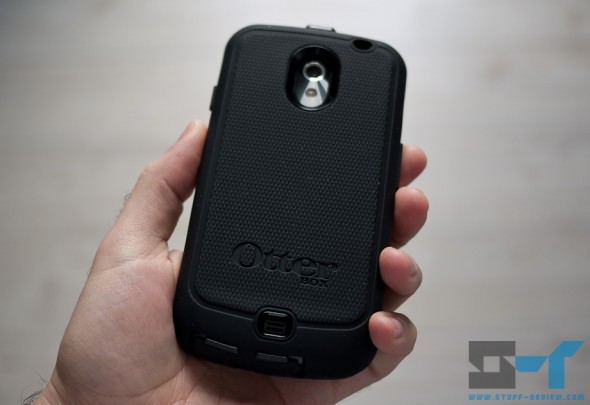 If you’ve read our Galaxy Nexus review (and you should definitely read it here if you haven’t) then you know that using the smartphone without a case is an accident waiting to happen. In fact, my first Galaxy Nexus had suffered a deadly drop. Hence comes the dilemma, enjoy the beautiful and thin lines of your pricey and very fragile new smartphone by carrying it naked, risking its demise at any point, or sacrifice some of the thinness for the peace of mind a case brings.

For many this case will be overkill, and if size is a big issue then you might want to look elsewhere, because ruggedness comes at a cost. This is the case for the very active or very clumsy. If you are into sports, if your work puts high demands on you or if you want the ultimate protection for your smartphone, read on.

To install the Galaxy Nexus in the case, and yes install is the right word here, you separate the polycarbonate case into its two halves. The back has a soft lining so as not to scratch your device and after laying the Galaxy Nexus inside, you can clip the front back on. Then, you slip the rather thick silicon sleeve on top. The case will fit both the GSM world and LTE versions of the Galaxy Nexus, though I haven’t tested it with the extended battery and cover. 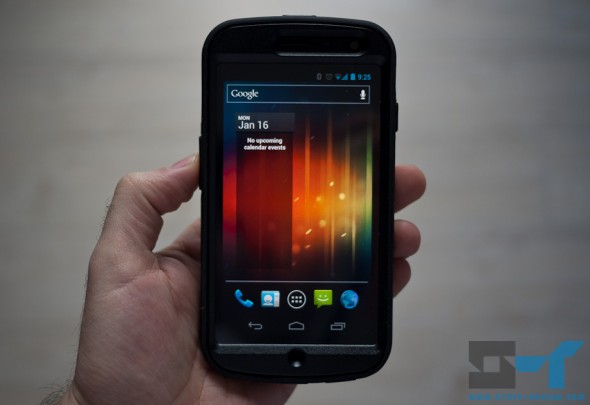 The sleeve has open ports for the two mics, the speaker and the camera, while the micro-USB and audio ports are protected by flaps. The power button and volume rocker are covered by the sleeve with protrusions giving you a good feel of the buttons without losing any of their sensitivity. The case is not water resistant however.

The last piece of the puzzle is the optional belt clip holder – giving you the enviable ‘contract look’. The case slides into it (screen side in) and locks. The belt clip can rotate 360-degrees and it’s the most sturdy belt clip holder I’ve ever laid my hands on. 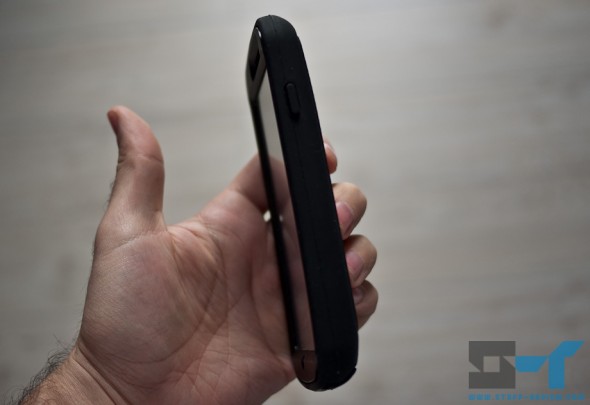 The case adds 2.2oz (61g) to the weight of your device, almost half of what the Galaxy Nexus weighs on its own. The main issue people might have with the Defender is its thickness, it effectively doubles the device’s original thickness as it measures 0.77-inch (19.6 mm).

Built-in screen protector is a tradeoff 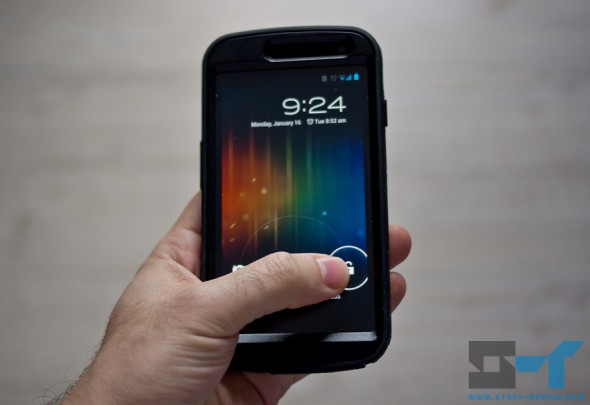 My only issue with the case is the screen protector. First of all, it’s not 100% transmissive, you lose some of the brightness of your screen. Second, because it’s not installed onto the screen like other screen protectors, you lose some of the touch responsiveness of the device, especially at the very top of the device. It could take me a couple of tries to pull down the notification bar, which is not good.

Obviously the choice was made because this type of protective transparent plastic, tensioned on the case, would absorb any hits rather than passing them to the screen, in the unlikely event that some object would still find its way to it.

If I would be using this case for a long period, I would just pull the built-in screen membrane out and install my own screen protector directly on the Galaxy Nexus. 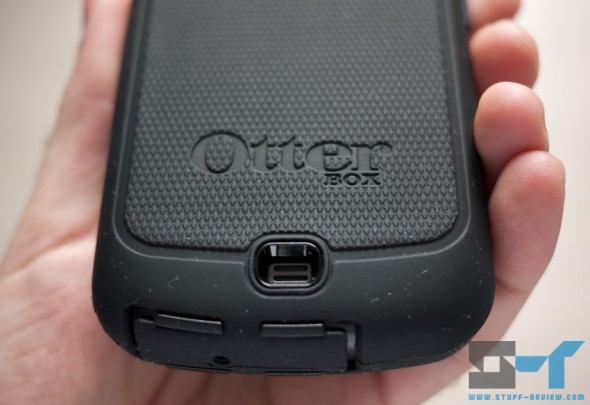 This case has a role to play in the lives of those who need such extreme protection for their smartphones. I can imagine this case surviving under some pretty extreme scenarios, and for that, the $49.95 dent to your wallet is worth it — $39.95 or £29.90 from Amazon. That is to say, it fulfills its purpose admirably. If you can live however with more average protection, then there are thinner and cheaper options out there.