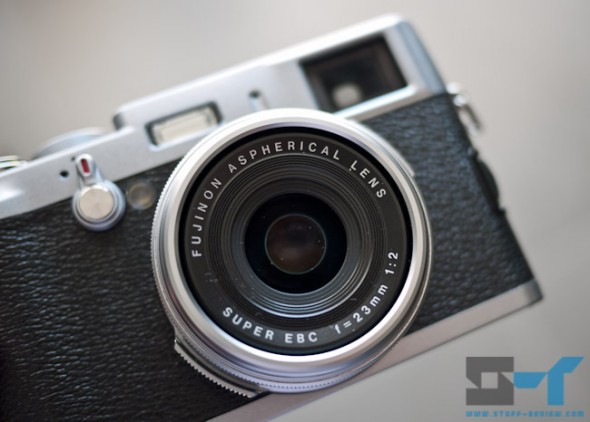 The Fujifilm X100 is an amazing camera (and you can read our extensive real world review here), but it is plagued by one well documented manufacturing defect — at least the early batches of this mirrorless camera. The ‘sticky aperture blade’ issue results in the lens diaphragm blades not closing down as they should and hence leaving the aperture wide-open even at increasing f-numbers f/8, f/11 and f/16.

The first indication that your X100 may be suffering from the sticky blade problem would be if it tends to overexpose images. Because the aperture doesn’t close as it should on high f-numbers, more light reaches the sensor and results in an overexposed image. The issue won’t be apparent at wide apertures, like f/2 for example.

To check for the issue, set your aperture manually to f/16. At this narrow aperture setting the diaphragm blades should close down and leave only a very opening. Face the lens of the camera and half-press the shutter button repeatedly, if the diaphragm doesn’t close well and the aperture remains relatively open then your Fuji X100 has the problem. The video below is illustrative of the issue.

Thankfully, Fujifilm’s service is very good. Find you local Fuji center and get in touch, they should take your camera in and replace the lens assembly free of charge. Again, this is a well known manufacturing defect. Hopefully, Fujifilm will continue to provide free service for the camera on this issue even beyond the two year warranty period.