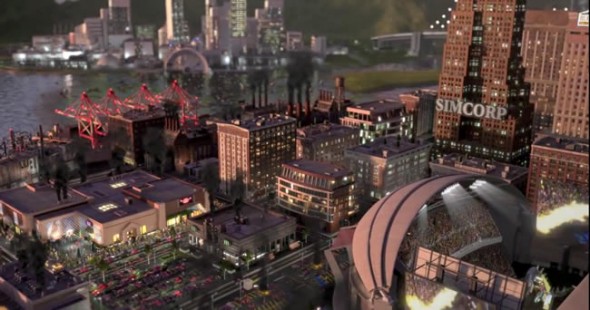 Veteran computer gamers will remember the popular city-building simulation series created by Maxis with a dose of nostalgia. The original SimCity game was released in 1989 and since then countless hours and billions of brain cells have been spent on creating the best virtual habitat for your sims. This is because, and let’s face it, there is a lot of pleasure in watching a city grow from a bunch of houses and factories to a bustling metropolis lined with skyscrapers.

It’s hard to believe that it’s been almost ten years since SimCity 4 came out, but aspiring city majors now have something to look forward to. SimCity is back, with Maxis heading the development and promising to release the new title in 2013. Of course, the new simulation will bring a new game engine and new 3D graphics with, wait for it, curvy roads. 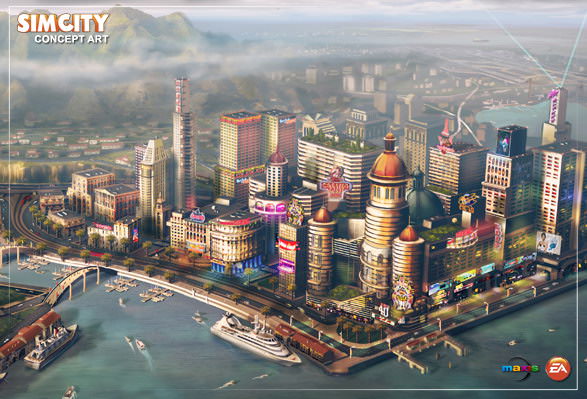 Speaking on behalf of EA Maxis Lucy Bradshaw said, It’s been about ten years since we shipped the last true Maxis SimCity. We have so much to take advantage of in terms of how PCs have advanced. Little phones that have the technology of the computers we shipped SimCity 4 on.

Some of the visuals are shown off in the video trailer below (though not meant to represent actual gameplay) and well and as expected they’re a long way ahead of what we saw in past iterations of the sim game. Bradshaw points out to the new tactility and physicality of the game, with effects like some rising from the scene of burning vehicle.

A major change in the game is the ability to play it with friends (up to 16 players) each managing their own city, whose fortunes and woes are intermingled. That is you can send fire trucks to a neighboring city in jeopardy and pollution from one city can move on and affect its neighbors. 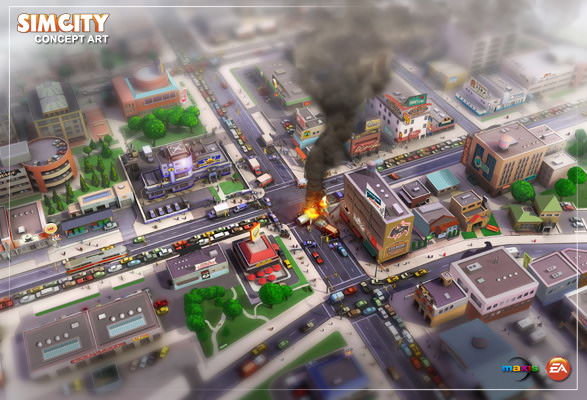 It exposes you to this idea of cause and effect, and that the choices that you make have repercussions, said Bradshaw. We’re talking about a SimCity where the resources are finite, where you’re going to be struggling with some of the decisions that people are faced with today, where technology and advances can ultimately have global impact.

You can choose to build theme base cities, like an education college town or a gambling mecca like Las Vegas. Finally, thanks to the new simulation engine called GlassBox, every sim (resident of your town) has a role to play. Now every Sim has a purpose in the SimCity world, a home to go to, a job to work at, even stores to shop in. 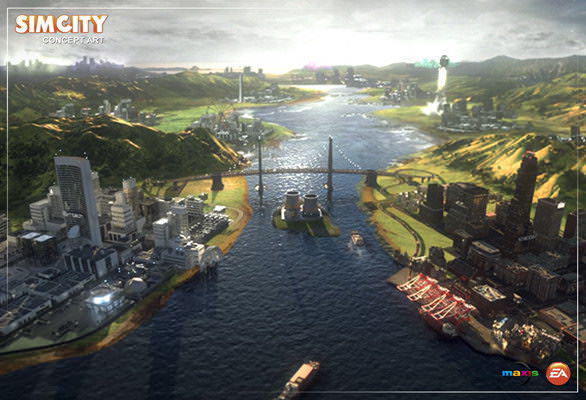 The new SimCity, which Maxis is explicitly not calling SimCity 5, will be heading to PCs next year, without any set date for a Mac release.