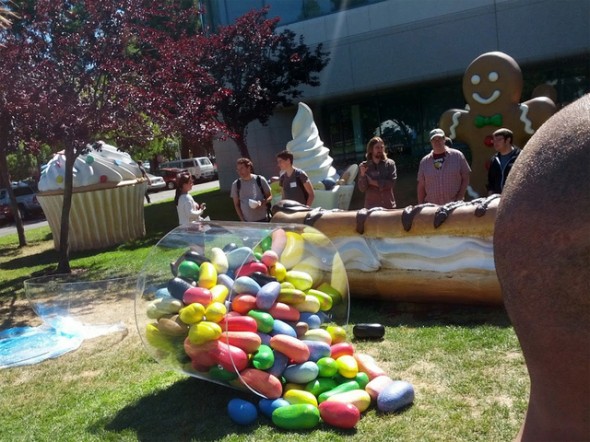 Jelly Bean has more or less been confirmed as Android 4.1, so it should be more of an incremental step to Android 4.0 Ice Cream Sandwich, instead of the huge amount of new features we saw during the introduction of the latter.

As with previous Android iterations, Android Jelly Bean will be partnered with a new Google Nexus device, the 7-inch Nexus 7 tablet made by ASUS that will probably be a $200 Kindle Fire competitor.

Not too much longer to wait, you can view the day one keynote live at 9:30AM Pacific Time on Wednesday, June 27th.