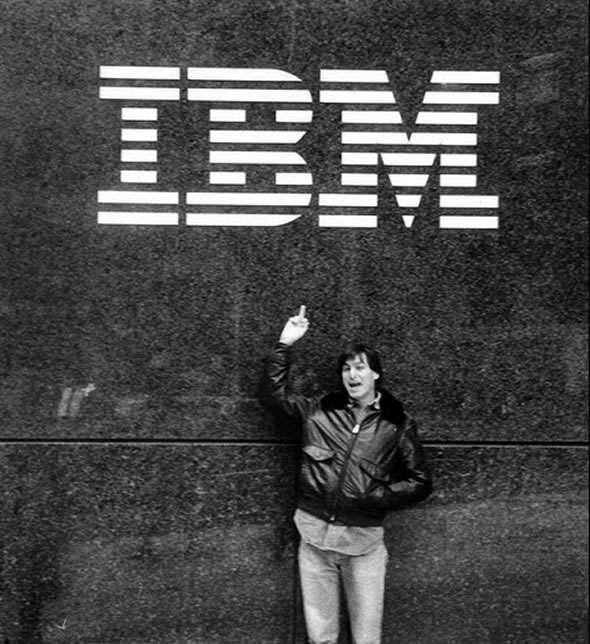 The Apple Macintosh team visited New York at the end of 1983 for a meeting with Newsweek and the late Steve Jobs had a funny and tender moment outside the IBM building. Steve Jobs was captured on film giving the digitus impudicus to the IBM logo as the team walked around Manhattan.

The photo surfaced from Andy Hertzfield, who was a member of the original Macintosh development team, on Google+.

Andy had the following to say:

In memoriam for Steve Jobs as 2011 draws to a close, here’s one more rare photo that illustrates his rebellious spirit. In December 1983, a few weeks before the Mac launch, we made a quick trip to New York City to meet with Newsweek, who was considering doing a cover story on the Mac. The photo was taken spontaneously as we walked around Manhattan by Jean Pigozzi, a wild French jet setter who was hanging out with us at the time. Somehow I ended up with a copy of it. My editor begged me to include it in my book, but I was too timid to ask for permission, especially since IBM was still making CPUs for Apple at the time.