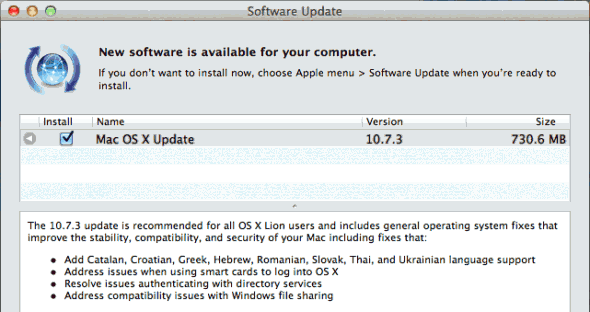 Here is the official list of fixes and improvements:

UPDATE: Apple has pulled the standard 10.7.3 update available through ‘Software Update’ as many users have experience issues after installation, such as apps crashing and a weird bug that presents the text ‘CUI’ instead of normal graphics. Apple is recommending all users to use the 10.7.3 Client Combo update, available here. It’s a 1.2GB download and said to fix the aforementioned issues.