We’re pretty sure this will be LG’s flagship Android handset for 2012, with a 4.7-inch screen and 720p resolution. It will run Android 4.0 Ice Cream sandwich on a, as mentioned, 1.5GHz NVIDIA Tegra 3 chip, which features some pretty smart power saving features so hopefully it won’t be too taxing for its 2,000mAh battery.

Now, courtesy of a tipster, we’ve got some actual benchmarks showing just how speedy NVIDIA’s new chip really is. The LG X3 has managed a Quadrant benchmark score of 4,412, pretty much destroying the Galaxy Nexus (full review here), which has a similar screen resolution and is also running Android 4.0.3.

You’ll be happy to know that the LG X3 could be launching in the first half of 2012 with a variety of 3G and 4G radios, so US availability is highly probable. 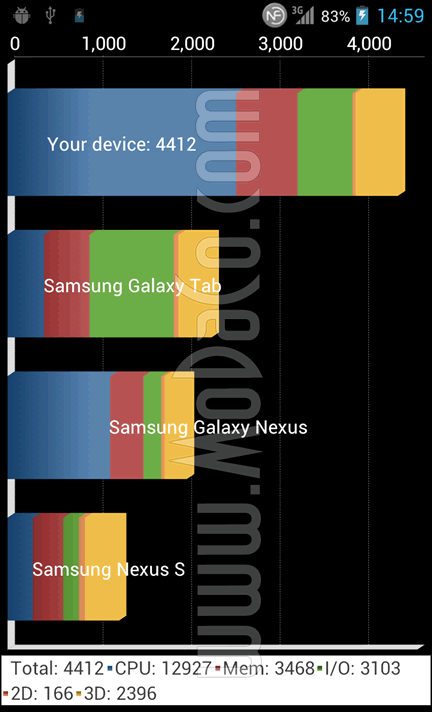