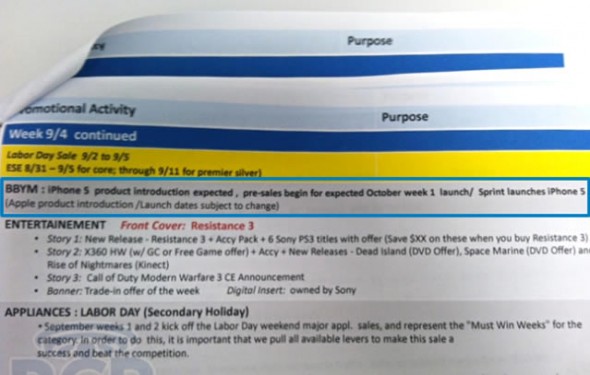 BGR has received and internal document from a source claiming to be a Best Buy insider detailing preparatory work for an iPhone 5 launch in the first week of October. The document also mentions the iPhone 5 launching for Sprint, though if you ask anyone from Sprint we’re sure they would not want to talk about it. The “leaked” document also suggests a pre-order period, which would mean that the iPhone 5 will be announced very shortly, although Apple hasn’t yet sent invites for the usual launch event.

Finally, the document does mention that Launch dates are subject to change.