Smartphone and tablet use has exploded and our mobile devices have become very capable multitaskers and game machines. Your mobile phone or tablet may already give you some form of haptic or tactile feedback through vibrations caused by a small electric motor turning an unbalanced mass. This solution, though it has served us well for some time now, takes up valuable space, consumes a lot of power and is very limited to the type of feedback it can provide. Our other senses are being catered for by better displays and graphics and better audio but not much has changed on the way we feel our devices.

Well, one company has a working technology that promises to improve haptic feedback in all portable devices. Vivitouch is a technology belonging to a company named Artificial Muscle that envisions possible applications in smartphones, tablets, game controllers, remote controls and even vehicle control panels.

Vivitouch can work as a traditional device shaker. For better force feedback you need some sort of mass in your device, but Vivitouch can be placed accordingly so that it uses the single largest mass already in your mobile device, and that’s the battery. Because of the direct conversion of electrical to mechanical energy, the maker’s of Vivitouch claim 70 percent lower battery consumption and four times faster response than the old-school motor method.

Here’s a video on how the technology works:

In addition, because it is so thin, Vivitouch can be mounted on the back a device’s touch sensor or LCD screen. This way it can provide tactile feedback directly while you are using the touchscreen of your mobile device.

Vivitouch has already found its way into one product, the ‘Mophie Pulse‘, which is a game enhancing case of the iPod Touch. Though we haven’t had the chance to test the technology, it seems like a really smart way of solving a problem. As smartphones and tablets try to displace dedicated consoles as gaming machines, this type of technology could really make a difference. This could also potentially enrich our mobile experience in many other creative ways. 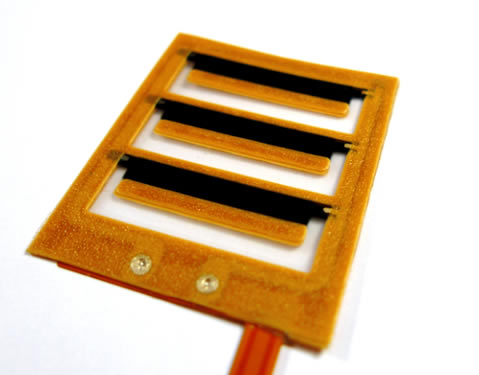