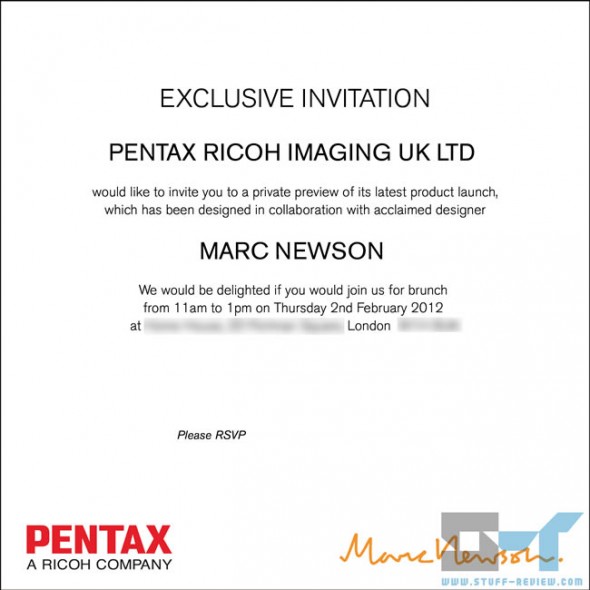 The timing matches previous rumors for a new K-mount camera announcement from Pentax, just in time for the CP+ camera show in Yokohama. All rumors point to a new mirrorless interchangeable lens camera (MILC) to be named Pentax K-01. Again quoting previous rumors, the K-01 will have the same 16-megapixel sensor as the K-5, it will support K-mount lenses but will come with its own new DA 40mm f2.8 lens that is less than 1cm thick.

Here is a rundown of all the rumored specs for the K-01 so far:

Below is a compilation of a number of claimed render leaks and drawings of the new camera, but we would take these with a grain of salt. 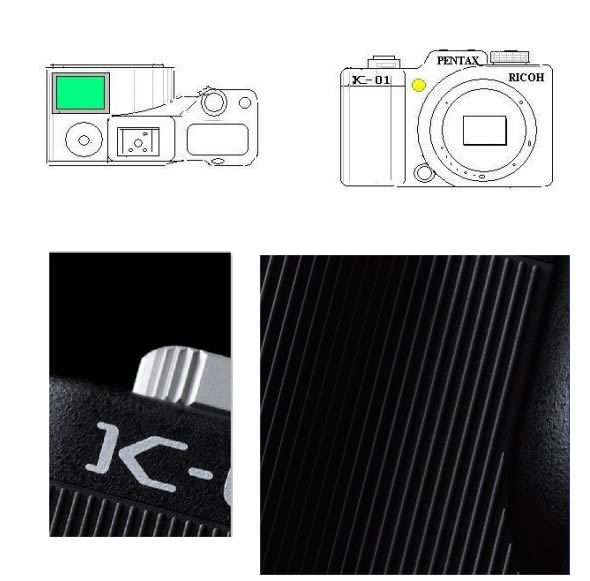