A Google patent that has just been published details how a wearable marker, like a ring, a bracelet or even a decal attached to a fingernail may be used to control a head-mounted display (HMD), i.e. Project Glass. The HMD includes an infrared (IR) camera that detects IR radiation reflected from the wearable marker. The wearer can perform different hand gestures, which will then be tracked by the camera and translated to actions. Pretty nifty huh? 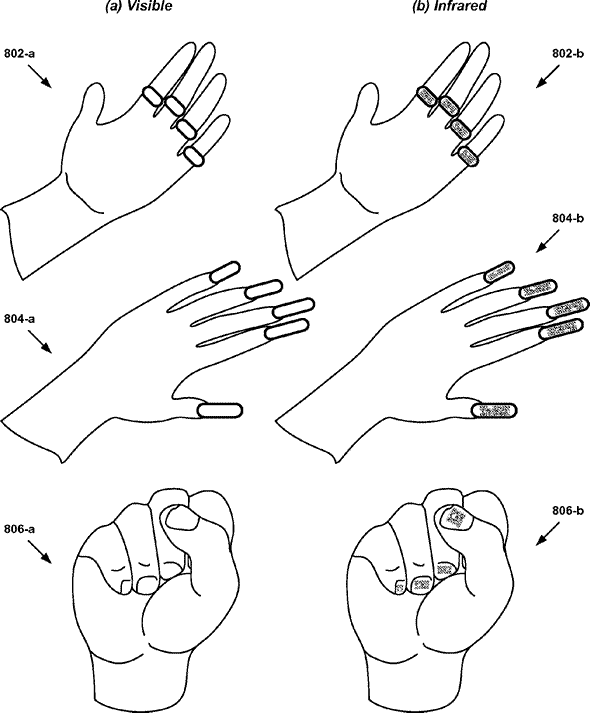 This isn’t the first time a wearable marker is used for computer interaction, after all that’s how the PlayStation Move works, but Google’s implementation is certainly creative. The patent also talks about adorning multiple markers, see above, which would work together for different gestures, i.e. wearing a different decal on each fingernail. The markers could be invisible to the human eye, only reflecting infrared light.

Finally dual IR cameras on the glasses would allow for better 3D tracking of the markers.