Google X Lab’s (the company’s incubator of fantastical futuristic products) founder and head, Sebastian Thrun, was at an interview with Charlie Rose, wearing his team’s latest prototype. This is of course a pair of Project Glass eyewear. On their previous appearance, Sergey didn’t actively use the headset, but Sebastian has been a bit more forthcoming.

If you have a look at the interview video, at around the first-minute mark you can see Sebastian tapping a button on the headset. Apparently this resulted in taking a picture with the on-board camera and you can clearly see at this point an image on the translucent display. Now Sebastian nods a couple of times claiming that with these gestures he was able to upload the image to Google+.

There is indeed an image from the interview on Sebastian’s profile, which you can see below. The photo is relatively low resolution, measuring 720×540 pixels. Sebastian notes that, it was totally amazing. I took this picture during the interview.﻿

It’s uncertain whether the image was indeed posted directly from the headset or later on. Disbelievers that we are, we had a quick look at the photo’s Exif data, and these include Picasa under software, hence pointing towards the second option. We would guess that the image was actually transferred from the glasses to a personal computer first and then onto Google+.

Nevertheless it’s pretty exciting to see Project Glass in action and as Google already stated, this is an early prototype and still a way off from an actual marketable device. 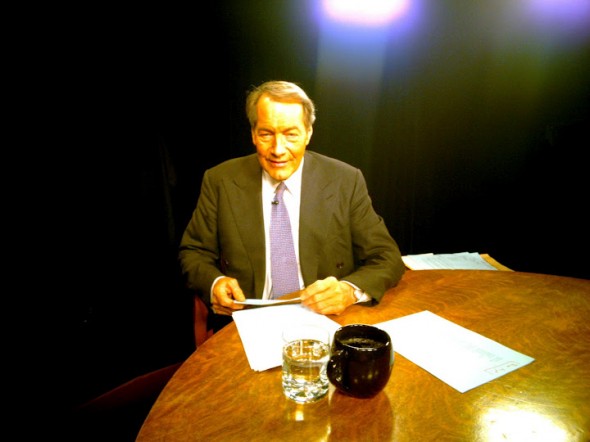