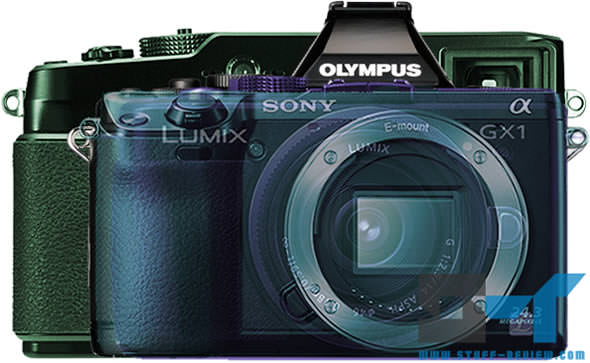 If you are a friend of mirrorless digital cameras it probably means that compactness is high on your priority list. Though much info has been coming in on the autofocus speed and high-ISO performance of the newly announced Olympus OM-D E-M5 Micro Four Thirds (MFT) camera, we haven’t really tackled its size compared to other mirrorless camera.
END_OF_DOCUMENT_TOKEN_TO_BE_REPLACED

The latest entrant is the Olympus OM-D E-M5 Micro Four Thirds (MFT) digital camera that has claimed a number of firsts. It’s the first MFT rangefinder-style camera with a built-in EVF and the first with a weather-sealed body, it is also the first ever camera with 5-axis image stabilization, while Olympus is claiming that the camera has the fastest autofocus of any interchangeable lens camera.
END_OF_DOCUMENT_TOKEN_TO_BE_REPLACED 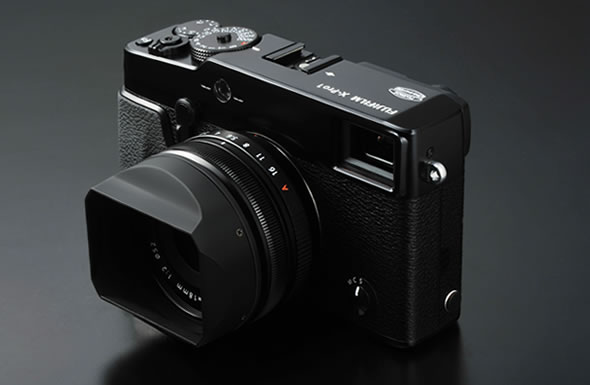 In our comparison below we have pitted the Fujifilm X-Pro1 against the best of the competition, the Panasonic GX1, the Sony NEX-7 and the Olympus E-P3. All four share the same rangefinder-style body, though not all come with a built-in viewfinder. It’s interesting to note that the X-Pro1 includes a number of technologies which are unique, including the new X-Trans CMOS sensor and hybrid viewfinder.
END_OF_DOCUMENT_TOKEN_TO_BE_REPLACED 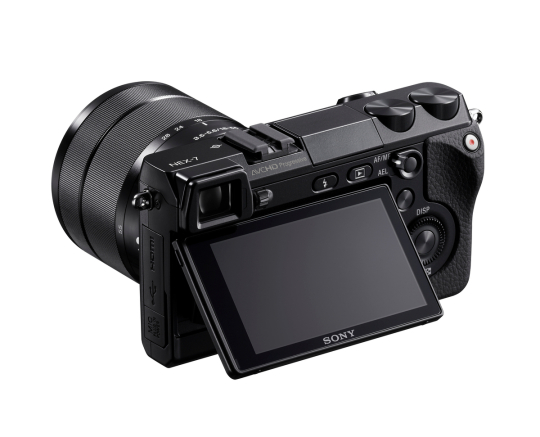 The Sony NEX-7 is the most anticipated compact mirrorless interchangeable lens camera (MILC). Although Sony’s current NEX shooters offer amazing image quality, as a result of their large sized APS-C sensor, their interface is better geared towards beginners. The NEX-7 changes this by offering a set of dials with a new control user interface and an amazing high-resolution OLED electronic viewfinder. It also pushes the megapixel envelope for MILCs, with a new 24-megapixel sensor, also found in the larger Alpha A77 and A65 single lens translucent cameras.

After some delay in actually releasing the camera, Sony USA has now confirmed that the NEX-7 will ship this month in limited quantities to early pre-orders. We had reported that Sony resumed production of the camera last month after the catastrophic floods in Thailand had halted production.

You might want to check out our opinion on the OLED EVF here, and our comparison of the NEX-7 against the best of the competition e.g. the Panasonic GX1, Fujifilm X100, Olympus E-P3 in our comparison here.
END_OF_DOCUMENT_TOKEN_TO_BE_REPLACED

The NEX-7 shares the same 24.3-megapixel APS-C sensor and the incredible 2359k dot OLED electronic viewfinder with Sony’s larger DSLT duo, the A77 and A65. You might want to check out our initial hands-on with the A65, for our impressions on the sensor and the OLED EVF.
END_OF_DOCUMENT_TOKEN_TO_BE_REPLACED 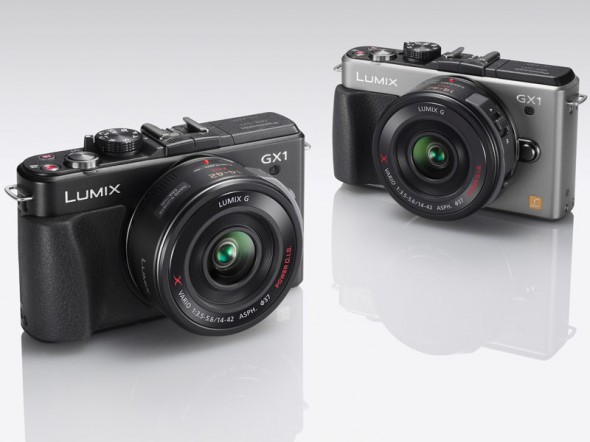 To put things into perspective, we’ve the GX1 against the top competitors from Sony, Fujifilm and Olympus. Our comparison includes the super-high-end NEX-7 with an APS-C sensor and the amazing OLED EVF, the excellent fixed lens APS-C Fujifilm FinePix X100 (full review here) and a fellow Micro Four Thirds camera, the Olympus E-P3. So, read on to check out how our new MILC holds up.
END_OF_DOCUMENT_TOKEN_TO_BE_REPLACED

A Sony spokesperson has said that the company is considering shifting production to an unaffected production facility. Besides the two cameras, production of lens kits and headphone products has also been affected.
END_OF_DOCUMENT_TOKEN_TO_BE_REPLACED

Now, we have compiled a comparison between these three higher-end Sony cameras, the Alpha A77, A65 and NEX-7. We are finding it just so damn hard to decide between them, we are sure you as well, and time has started ticking as all cameras are already available to pre-order, so hopefully this will help. We’ve also added our current favorite camera, the Fujifilm FinePix X100, to the mix. Head over after the link for a detailed spec comparison.
END_OF_DOCUMENT_TOKEN_TO_BE_REPLACED 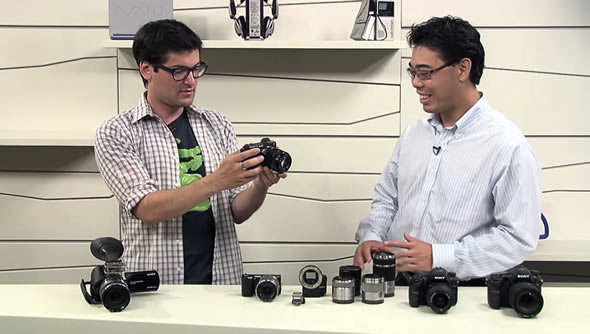 We’ve particularly noted the mention of the benefits of an OLED viewfinder in terms of refresh rate over LCD. Best moment of both videos is definitely the demonstration of the A77’s 12fps burst shooting. A word of warning, watching any of these videos could significantly hurt your medium-term financial status.
END_OF_DOCUMENT_TOKEN_TO_BE_REPLACED 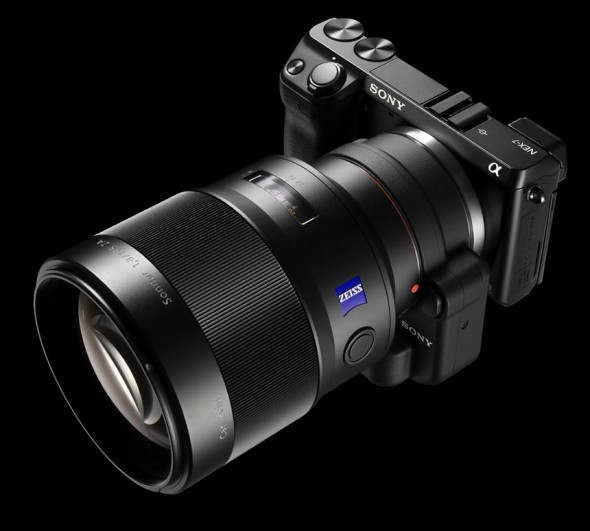 Sony’s just announced NEX-7 digital camera is a real contender as the new king in the compact mirrorless interchangeable-lens camera realm. We’re sure that you are itching, same as we, to see how it stacks up against the competition. We’ve pitted the NEX-7 against two Micro Four Thirds (MFT) cameras, the new Olympus E-P3 and the Panasonic GF3 — although we are sure Panasonic is secretly cooking a high end shooter, the GF3 is currently their higher end compact MFT camera. We’ve also added the excellent fixed lens Fujifilm FinePix X100 to our comparison; the NEX-7 shares some of same genes having a no-nonsense retro look, APS-C sensor and lots of controls. Head over after the link to see a spec fight-out.
END_OF_DOCUMENT_TOKEN_TO_BE_REPLACED 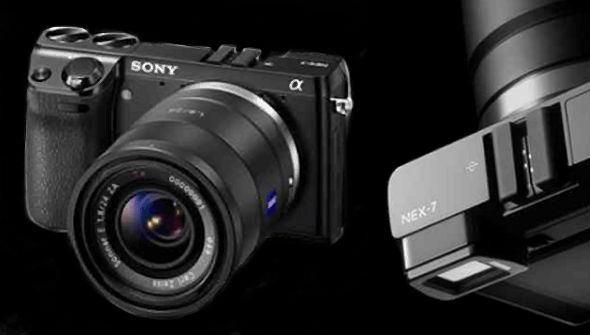 Both cameras are said to be available in November this year. Pictures and links after the break.
END_OF_DOCUMENT_TOKEN_TO_BE_REPLACED