That would be some awesome news for the entire consumer electronics industry and you know how much we deplore mobile devices that don’t offer full-day battery life and how we are always on the lookout on ways to keep us powered on the go. However, if you knew anything about the evolution of battery technology you’d know how slowly and incrementally power density has improved.

Though we are pretty sorry that we won’t be able to now power all our gadgets for days, Apple did something different; it managed to squeeze even bigger batteries inside the new 3rd generation iPad.

The power density is pretty much the same for the two iPad batteries, and from a very rough calculation it comes to around 0.45Whr/cm3. 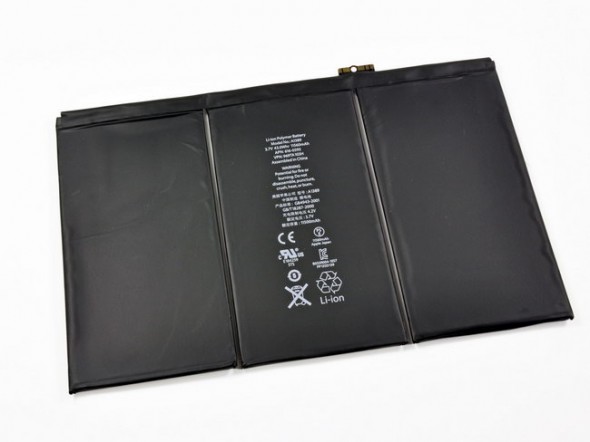 Unfortunately there is one caveat to this, the new iPad 3 will take longer to charge, with early reviewers claiming it take several hours longer to charge fully compared to the iPad 2. Well we can’t have everything, can we?