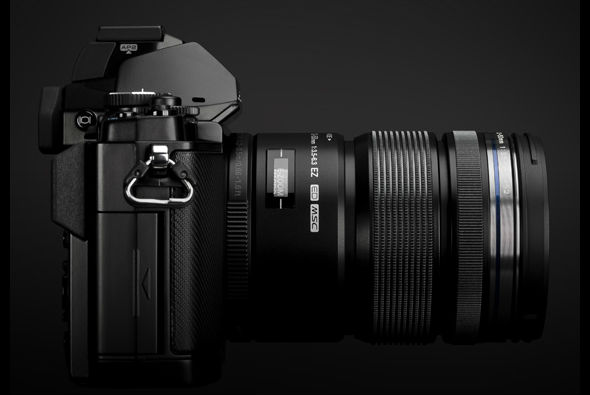 We’ve been covering the Olympus OM-D E-M5 Micro Four Thirds (MFT) digital camera ever since it was initially rumored and following the official announcement two weeks ago, we now have a long wait until it finally ships this April. We’ve already done a spec comparison to other high-end mirrorless cameras and we’ve seen how it sizes-up against the competition, but of bigger importance is how it actually performs and especially in low-light — a sticking point for the otherwise excellent MFT format.

The first high-ISO test of the Olympus E-M5 showed some promise, with little noise or artifacts up to ISO 3,200. During the weekend, Four-Thirds User has posted a high-ISO comparison between the E-M5 and the previous generation Olympus PEN E-P3. As previously, the test was done with a pre-production version of the E-M5 but the results are impressive. 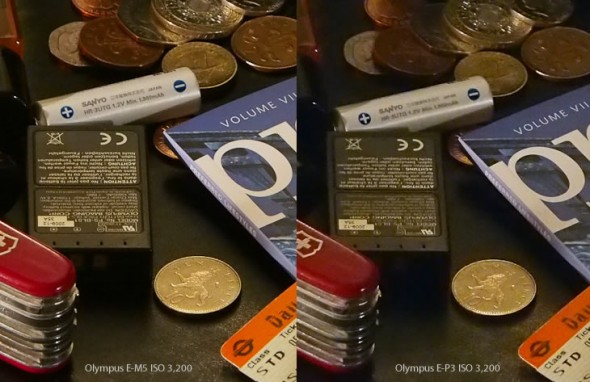 The E-M5 maintains a steady lead in terms of noise and shadow detail of around two stops over the E-P3. This is a remarkable improvement for a one generation jump. These are out-of-camera JPEG files, and we would also say that at least this early E-M5 firmware is less aggressive in noise-reduction compared to the E-P3.

If you are not entirely convinced by out-of-camera JPEGs, Four-Thirds User has also published files converted from RAW here. Have a look at this completely usable ISO 6,400 ‘noise filter off’ image.