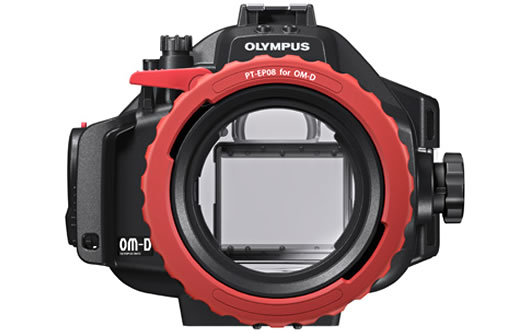 We can’t deny that we are anxiously waiting for Olympus’s upcoming high-end Micro Four Thirds digital camera. The Olympus OM-D E-M5 should start shipping any day now if Amazon UK‘s 1st of April ship date pans out, while BHPhotoVideo has the camera shipping on April 16 in the US.

So what if you want to get this 16.1-megapixel, 5-axis in-body image stabilization shooter underwater? Well Olympus has you covered. Together with the E-M5, Olympus had announced the PT-EP08 underwater housing. The PT-EP08 is rated waterproof for up to 45 meters and you can use it together with the M.Zuiko Digital 14-42mm II, 14-42mm IIR and ED 9-18mm lenses using the separate PPO-EP01 lens port. Olympus will also release a lens port compatible with a couple of Four Third lenses like the Zuiko Digital ED 50mm f2.0 Macro and 35mm f3.5 Macro.

The underwater gear is set to be released in July 2012 in Japan. 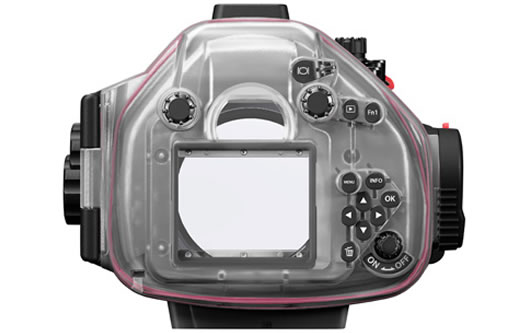 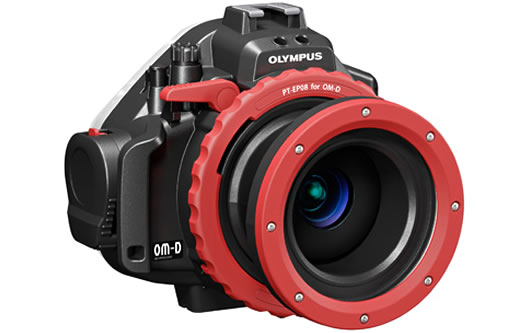