In creating the Sony ads, Wes interviewed the most imaginative amongst us, a bunch of kids that is, and used his stop-motion animation experience to bring their ideas to life. Children were asked how they believe Sony’s Xperia handsets work and this first ad comes courtesy of 8-year-old Jake Ryan. We don’t wanna spoil it for you, so lets just say that what makes the device tick are hundreds of tiny little robots.
END_OF_DOCUMENT_TOKEN_TO_BE_REPLACED

We have to admit that the Xperia S is one of the best looking smartphones out there, thanks to its unique translucent navigation bar running along the bottom half — though still not as good looking as the Xperia Glass concept.
END_OF_DOCUMENT_TOKEN_TO_BE_REPLACED

Sony’s SLT cameras have a DSLR-style body and a mirror, but unlike DSLRs, the mirror doesn’t move. The translucent mirror allows most light to hit the sensor while some of it is reflected to a phase detection autofocus sensor. Because of this setup, DSLT cameras feature electronic viewfinders (EVFs) rather than optical ones.
END_OF_DOCUMENT_TOKEN_TO_BE_REPLACED 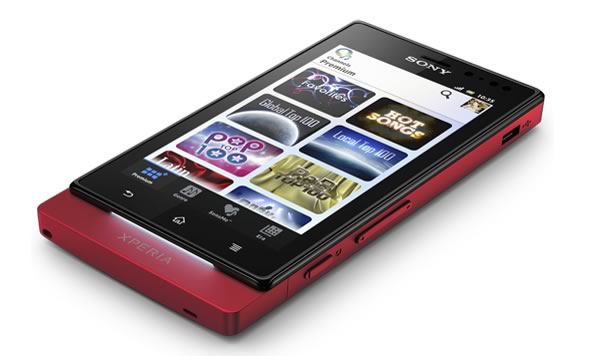 Nevertheless, the Xperia Sola has something unique. It’s the first smartphone to feature “floating touch” navigation technology. That is the device can sense a finger above the display and allows users to move an on-screen cursor by hovering a finger above the screen, you then tap the screen to navigate.
END_OF_DOCUMENT_TOKEN_TO_BE_REPLACED

The premise behind Sony’s WhiteMagic LCD display technology is simple, add a white subpixel to the standard red, green and blue subpixel arrangement and improve both brightness and power efficiency, win-win. We first covered WhiteMagic RGBW displays while we were looking at the LCD inside the new Fujifilm X-Pro1 digital camera, and Sony has now integrated the technology in its own 4-inch Xperia P Android smartphone.
END_OF_DOCUMENT_TOKEN_TO_BE_REPLACED

The latest entrant is the Olympus OM-D E-M5 Micro Four Thirds (MFT) digital camera that has claimed a number of firsts. It’s the first MFT rangefinder-style camera with a built-in EVF and the first with a weather-sealed body, it is also the first ever camera with 5-axis image stabilization, while Olympus is claiming that the camera has the fastest autofocus of any interchangeable lens camera.
END_OF_DOCUMENT_TOKEN_TO_BE_REPLACED 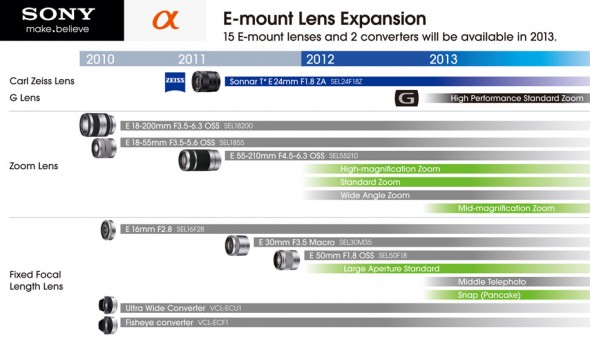 One of the biggest criticisms for Sony’s NEX line of mirrorless interchangeable lens cameras (MILCs) is the relatively small selection of native E-mount lenses. After Sony released a trio of excellent NEX camera bodies last year, including the NEX-7 and NEX-5N, the company seems set to tackle the lens selection issue.
END_OF_DOCUMENT_TOKEN_TO_BE_REPLACED 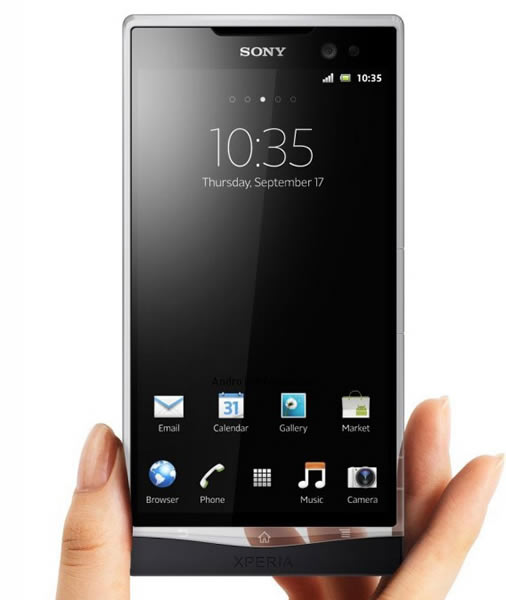 The Xperia S (as you can see below) features a transparent acrylic strip along the bottom half of the device, which houses three touch-sensitive buttons and is also part of the smartphone’s antenna design.
END_OF_DOCUMENT_TOKEN_TO_BE_REPLACED

Embattled Olympus didn’t have such a bad year after all. The Japanese camera manufacturer has just claimed top position for the mirrorless camera category in the 2012 BCN Award.

The BCN Ranking pulls in point-of-sale data from a number of major Japanese electronic stores, including online stores like Amazon Japan, and once a year hands-out awards based on the number of actual sales. Olympus has moved ahead of both Sony and Panasonic, capturing more than a third of the market with sales numbering 36.6% of total. Panasonic has the number two spot with 29.3% of sales.
END_OF_DOCUMENT_TOKEN_TO_BE_REPLACED

Sony was the first to introduce a consumer-grade (i.e. cheap) back-illuminated CMOS sensor in 2009 and the technology has found its way in a number of devices demanding good low-light camera performance within very tight space requirements, namely in smartphones. iPhone owners can thank this technology for their awesome low-light camera performance.

Sony continues to develop the technology and the company has announced today its new generation of backside-illuminated CMOS sensors, which the company is calling ‘stacked CMOS image sensors’. Sony has created a new manufacturing process that allows it to move supporting circuitry to the back of the sensor, i.e. create a stacked structure. So what does this achieve? Well, Sony is claiming that the new sensor can achieve better image quality and lower power consumption in a smaller package. In addition Sony can build signal processing circuits on the back of the sensor, removing any requirement to have them externally.
END_OF_DOCUMENT_TOKEN_TO_BE_REPLACED

We’ve seen support for GLONASS increasing since the Russian satellite system was completed in October 2011, but here is a quick intro first. GLONASS is a radio-based satellite navigation system and the Russian equivalent to the US developed GPS. The first GLONASS satellites were launched during Soviet times but the system has had a bumpy ride since then. Following a number of upgrades it can now rival GPS – because of the positioning of its satellites, GLONASS is more accurate than GPS in northern latitudes.
END_OF_DOCUMENT_TOKEN_TO_BE_REPLACED 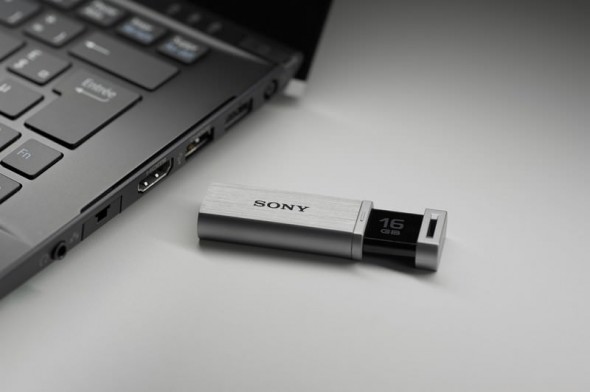 We’ve got to give it Sony, as it really knows about style. The company’s latest line of flash drives has just been announced and besides their good looks you’ll find a speedy USB 3.0 device inside. The Micro Vault MACH USB 3.0 flash drive comes in 8GB, 16GB, 32GB, and 64GB varieties and claim read speeds of 60MB/s for the 8GB and 120MB/s for the rest of the line. Write speeds can shoot up to 90MB/s, busting what most USB 2.0 drives can achieve.
END_OF_DOCUMENT_TOKEN_TO_BE_REPLACED 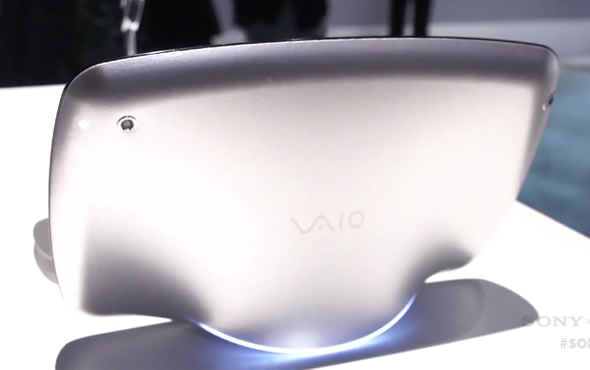 We really want consumer technology manufacturers to take big risks and to surprise us this year. After all it’s in their best interest to do so, big successes come from thinking out of the box.

So, in this frame of mind, we’d like to share with you a couple of concepts, which we wish they would soon become actual products, that really peaked our interest.
END_OF_DOCUMENT_TOKEN_TO_BE_REPLACED 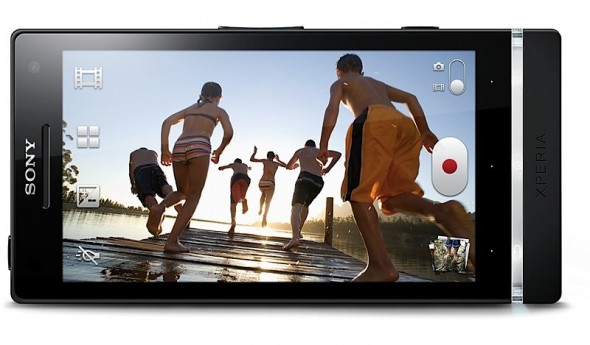